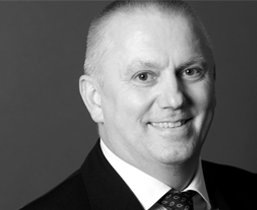 Peter, together with Johannes Wolters, is a co-founder of Lavoisier. Peter studied industrial design at the Delft University of Technology.

Among other things, he developed fully automatic packaging machines and mechanical systems for submarines. He also worked as a consultant for renowned product development companies in Japan, Germany and the Netherlands.

Later on he specialised in product innovation and market strategy in health care. As an interim manager at TNO, he was responsible for connecting the medical technology market to researchers (and vice versa).

Peter is the founder of several non-profit organisations such as Centre for Life Sciences & Technology and the Dutch Institute of Telemedicine.

He is also a co-founder of organisations such as 2QR Research and is the author of two books on medical technology. Together with Johannes Wolters, he founded Lavoisier in 2009, with the aim of creating a strong network of new companies in the field of medical technology.