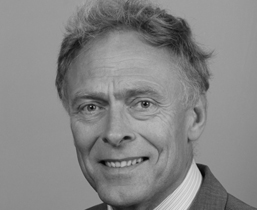 Onno is managing partner at Lavoisier, together with the two founders Johannes Wolters and Peter van Paassen.

He studied medical biology at the University of Groningen. Onno began his career with the vaccine division of Merck Sharp & Dohme. After a joint venture between Pasteur Merieux and MSD, he was appointed Country Manager in the Netherlands for this new organisation.

After this beautiful and instructive period of more than ten years, he founded PreventCare BV. In a short time, PreventCare managed to build a reputation and organise large-scale vaccination programmes and administer modern medicines from biotechnology in the home situation. In 2010, he successfully sold PreventCare BV.

In recent years he has been involved in several projects in health care, both as an advisor and as a participant.

In addition to entrepreneurship in health care, he has a great passion for sailing. In 2014, Onno joined Lavoisier, contributing his medical and market knowledge to help realise the holding’s ambitions.