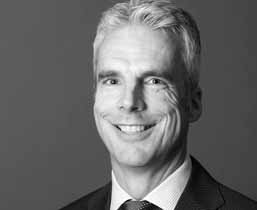 Johan studied economics in Rotterdam. He started his professional career in the United States as a consultant for The Netherlands Chamber of Commerce in the USA, Inc.

This was followed by a longer period at Philips Consumer Electronics in Eindhoven, where he held various international marketing & sales and business development positions.

He was responsible for the development of a business plan for the privatisation of three Philips factories in the Netherlands. As a logical consequence, he joined the Management Team of the newly created international production company named KeyTec. Establishment of new factories in China, Eastern Europe and Mexico was part of his responsibility. He later became member of the Board and, in that function, was responsible for global marketing & sales and strategy. An important strategic challenge was to develop a position for KeyTec in the medical market.

After four years, he coordinated the further empowerment of the KeyTec engineering group and founded InnoteQ Technical Projects, which merged a year later with the Total Support Group in Eindhoven. One of InnoteQ’s business opportunities concerned the financing, development and marketing of a new bio-medical product concept.

Looking for partners to realise this project, Johan decided to join Lavoisier.